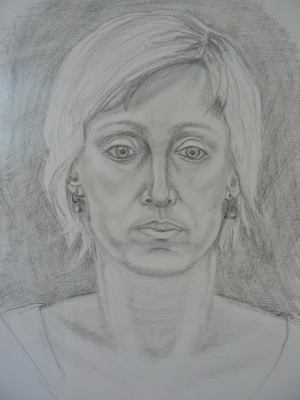 My name is Svetlana Trefilova and I am an artist of Russian-Ukrainian origin currently residing in Brisbane, Australia. I experimented with different medias and techniques,  watercolours and mixed media having been my favourites. These days I mostly use my own Watery Painting technique with acrylic paints and inks.

I am a member of Brisbane Institute of Art and Royal Queensland Art Society (Gold Coast Branch). I regularly participate in exhibitions held by these institutions as well as other exhibitions and art events in South-East Queensland, having won a number of prizes. Since 2011 I have a solo exhibition at least once a year. Many of my paintings have been purchased around Australia and overseas.

I teach short courses and workshops at Brisbane Institute of Arts and other Brisbane venues. I have obtained my Master of Arts in Visual Arts with Honours degree at Queensland College of Arts (Griffith University, Brisbane) in 2014 and am in the first year of my doctoral candidature.

Some of my artwork displayed on this site are available for sale. Please e-mail me if you are interested in purchasing them.

2014 – From Russia With Love: Salute to Anzacs, BEMAC, Brisbane